Russia’s military build-up in Belarus, Russia and Russian-controlled Crimea turned into an offensive against Ukraine early this morning. Financial markets have reacted negatively to these actions, indicating that investors had previously hoped diplomacy and compromise would deter this action. At the start of trading in the West this morning, we saw Brent crude oil approaching $100 a barrel for the first time since 2014, and natural gas prices in Europe up 30%. Stock markets have all reacted negatively, with the S&P 500 down over 1% and the U.S. 10-year Treasury yield falling to 1.9% as bond prices rose. The U.S. dollar strengthened, especially against the ruble. Here are our perspectives at this point:

This represents a material change in the political landscape of Europe and by extension the rest of the world. Europe enters a new era; this is the most significant event since the fall of the Berlin Wall. Russia is undoing the geopolitics the rest of the world has come to understand and work within. It is impossible to predict the new reality, but certainly Europe will be most impacted.
The conflict will also have significant impacts for the U.S. administration’s work on Build Back Better, budgets, defense spending, U.S. security vs. climate initiatives, and the political relationships with the rest of the world.

For financial markets, the main casualty in all this will be Russia. Shares there are down over 39.4% today and 53% since the start of the year. Sanctions from the West will likely have a crippling effect upon their economy.
We would expect to see more risk-off attitudes among investors. The trends we have been seeing (Growth stocks weakening versus Value companies, rising energy and commodity prices, weakness in high-flying Technology and Discretionary stocks, and modestly lower rates) are the same moves the market is making today. War is not a good thing for financial markets, but it does not tend to chart a new course because of it; markets tend to reinforce more broadly the trends in place already.
The underlying issues of inflation, slowing economic growth and a move away from the highest risk trades will continue to be the issues for markets. This could also slow the expected rate of Fed movements on interest rates.

We entered the year with a more conservative posture on equity allocations, and our focus on quality (in stocks, fixed income and diversifiers) should also be additive. We still see the prospects for positive earnings in the U.S. and the potential for positive, albeit modest, returns in stocks over the course of the year. The administration’s statement that U.S. forces will not enter Ukraine or engage in fighting should help our U.S. overweight as we become, once again, the safe haven for assets in uncertain times. While we expect the U.S. to show better strength than non-U.S. markets, we are not abandoning international equities. Non-U.S. stocks are attractively priced relative to U.S. companies, and have actually significantly outperformed U.S. stocks so far this year.

As we have seen numerous times in previous political and financial upheavals, it’s important for investors to maintain long-term perspectives and not abandon their investment plans which represent their best opportunity to reach their financial objectives. We will continue to monitor events and are happy to discuss questions as needed. 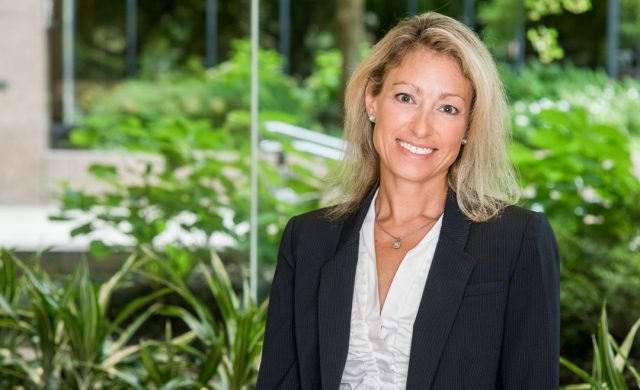 More Than A Job
Did you know?Family businesses account for 64 percent of U.S. gross domestic product, generate 62 percent of the country's employment, and account for 78 percent of all new job creation.