“The Theory of Everything”: A Discussion of the Time Value of Money

The Theory of Everything

This enjoyable movie chronicles the work of the late physicist Stephen Hawking in his quest for a unified theory of the universe. He was searching for a single theory that would at the same time explain the movement of sub-atomic particles on the one hand, and the behavior of stars and galaxies on the other. In fact, there are two theories, general relativity and quantum theory that seem to explain many cosmic phenomena. But, physicists tell us these two theories are mutually exclusive, they cannot both be right. So, the search goes on.

Fortunately, in finance, we have something close to the theory of everything and that is the time value of money, otherwise known as compound interest. The concept and calculation of present and future value are the first things you learn in Finance 100, but it turns out they are the basis of a great deal of investment analysis. While there are certainly many methods of making investment decisions and lots of fancy math and computer algorithms, the time value of money and its offshoot, valuation, are at the heart of the entire field. And, the same basic techniques are used by corporations making capital expenditure decisions and investors in stocks, bonds, real estate, private equity, and so on. At Diversified Trust, our investment decisions are based on many variables including economics, demographics, politics, world affairs, and market forces. But, central to our analysis is the valuation of various asset classes and the resulting projected return on them. So, while you probably aren’t interested in a deep dive on this rather technical topic, a brief tutorial will give you some insight into the thinking that drives our asset allocation decisions.

The starting point of all finance is the principle that the value of any asset is equal to the present value of the future cash flows that will be received by virtue of owning that asset. Making this calculation involves two basic steps: forecasting the cash flows that will be received, and discounting them at an interest rate that reflects the return that could be earned on other investments as well as the perceived risk or uncertainty in the forecast of those cash flows. In the case of most bonds, the cash flows (interest payments and maturity value) are known, whereas they must be predicted for most other types of assets. For example, in the case of real estate, the future cash flows consist of the annual net income on the property and an assumed future sales price, neither of which can be predicted with certainty. Actually, there are two basic approaches to this calculation. First, using forecasted cash flows and an appropriate discount rate, one can calculate a “fair” value which is then compared to the current price to determine whether the asset is cheap or expensive. Alternatively, using the forecasted cash flows and actual current market price, you can solve for the discount rate which becomes the expected rate of return on the investment. In order to give this number crunching a sense of relevance, please note that the first method is one of three calculations (along with replacement cost and comparatives) generally used by an appraiser to estimate the fair value of a piece of real estate. And, the second approach is used by corporations to calculate the internal rate of return on a potential investment in a new piece of equipment or plant which is then compared to other possible projects and the company’s cost of capital. 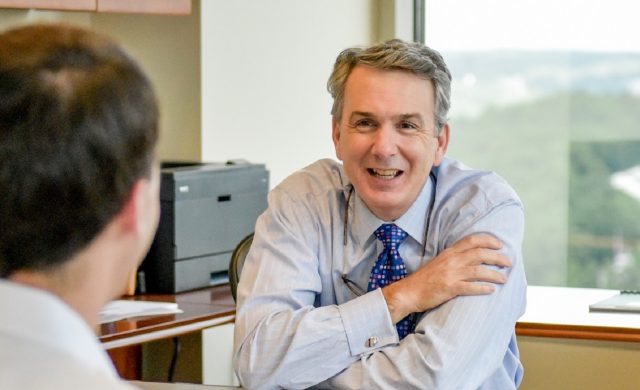 Investment Approach
Did you know?Only 22% of Millennials have Taxable Investment Accounts, compared to Gen Xers at 29%, Boomers at 39% and Silent Generation at 53%.