Warning-this paper is somewhat technical and may be tedious to non-financial types! But, the topic is very important because the key determinant of success for many investors is the return on the stock market inasmuch as equities represent the largest single component of most long term portfolios. Additionally all capital markets are interrelated to some extent which suggests that equity returns influence the return on other asset classes such as private equity, hedge funds, and real estate.  Therefore, a key step in developing an investment plan is formulating an assumption regarding future stock returns. By way of historical perspective, large capitalization U.S. stocks as defined by the S&P 500 have generated an annualized total return which includes dividends and appreciation of about 9% during the period 1871-2016.  One could simply extrapolate that return, but we unfortunately believe future returns will fall considerably short of historical levels.  Therefore, a better approach is to go through the exercise of identifying the various factors that determine stock returns and make explicit forecasts for them.  In this analysis, we will focus primarily on U.S. stocks and assume a time horizon of about ten years.  Because this is an inexact science, it is also important to identify the circumstances that would lead to your forecasts being off the mark.

The return on stocks derives from three sources: the beginning dividend yield, dividend growth, and any changes in valuation as measured by the Price/Earnings Ratio.  Let’s explore each of them.

The dividend yield is defined as the dollar amount of the current dividend on the S&P 500 divided by its price. Fortunately, these numbers can be observed so no forecast is necessary.  Today, the yield is 2%. Now for the hard part!

Forecasting dividend growth is fairly difficult because it involves a large number of factors, each of which is subject to a great deal of variation and considerable debate as to future levels. Overall growth in the economy largely determines the growth in corporate revenues.  Corporate profit margins translate revenues into earnings. And then, companies decide how much of their earnings to pay out to shareholders in the form of dividends.

Long term economic growth is determined by two factors: growth in the number of working age people, and output per hour worked, also known as productivity growth. When combined, these have resulted in real or after inflation growth in the US economy of 2.5% per annum over the past thirty years.  During the past five years, working age population growth has been approximately .5% per annum and productivity growth has been .4% versus a longer term average of 2.8%.  During the past twelve months, productivity increased by 1% which is a little more encouraging but the cause of poor productivity growth is hotly debated and generates considerable angst among economists and politicians. Let’s assume that productivity growth rallies slightly to 1.5% which suggests future real growth of 2% assuming no change in the population growth rate.  The consensus forecast of long term inflation is 1.7%, which when added to the real growth assumption, results in nominal economic growth of about 3.7% which is also a good proxy for corporate revenue growth.  While some may suggest that this forecast is too pessimistic, it is worth noting that corporate revenues have actually declined for the last six quarters.

The next piece of the puzzle is the corporate profit margin which is defined as net income divided by revenues. The outlook for margins is a fascinating topic that is hotly debated by financial professionals.  From the mid 1940’s through 2000, margins were relatively stable at around 6%.  Then, from 2000 to 2011, they rose to about 10% before recently easing back to 8% or so.  Economics teaches us that high margins attract competition which causes them to regress toward their long term average, and that has certainly been the case historically.  But, perhaps something is different this time. Has the implementation of new technologies or some other factor caused a one-time shift in the profitability of corporations, or will margins return to 6% or so?  If margins stay where they are, then earnings will grow at the same rate as revenues.  If they regress to 6%, earnings growth will be close to zero whereas a return to the peak margins of 10% would result in earnings growth of about 6%.  Our best guess is that margins decline slightly from current levels for two reasons.  First, corporations have benefitted significantly from unusually low interest rates.  And while we don’t expect significant increases, there is likely to be some upward pressure.  Second, there is some evidence of upward wage pressure which will also crimp profitability.

The final component of a growth forecast is corporations’ decisions as to how much of their earnings to pay out in the form of dividends. During the last ten years, companies have paid out an average of about 34% of their earnings in dividends but that has recently risen to roughly 50%.  If the payout rate reverts to the longer term average, dividends will grow more slowly than earnings and the converse is true.  We expect that payout rates will decline modestly from current levels, although probably not back to the longer term averages.  Combining all of these factors, we expect dividend growth for a blend of large and small capitalization U.S. stocks of about 3.2%.

Up to this point, we observed the 2% initial dividend yield, which when added to the 3.2% dividend growth assumption, generates a 5.2% return on stocks in the absence of any change in valuation. There are many valuation metrics but the most commonly used is the Price/ Earnings ratio which measures how much investors are willing to pay for each dollar of a company’s earnings.  The P/E is a measure of investor sentiment and is therefore an amalgamation of many factors including the outlook for interest rates, confidence in the economy, relative optimism/pessimism, and so on.  Some practitioners calculate the ratio based on forecasted earnings over the next year whereas Nobel Prize winner Robert Shiller is known for a methodology that uses average earnings over the prior ten years.  These two approaches lead to different conclusions.  Based on next year’s forecasted earnings, the ratio is currently 16.9 as compared to its long tern average of about 15 which suggests that the US stock market is fairly valued to slightly overvalued.  On the other hand, the current Shiller P/E is 26 as compared to the long term average of 17 which indicates significant overvaluation.  For whatever it is worth, we think we are likely in an extended period of low interest rates and relative stability which suggests that there is no pressing need for the P/E to return to its longer term average.  Therefore, we will assume that it is unchanged which suggests that a reasonable intermediate term forecast for US stock returns is 5.2%.  Lest you label me Eeyore, there are very credible firms with good track records that forecast returns over the next ten years of -1% to +3%.  We could go through the same exercise for non-US equities but I will spare you the details and only provide the conclusion which is they should generate returns that are 1-2% greater than their US counterparts depending on the mix between industrialized non-U.S. stocks and emerging market equities.

A typical blend of corporate and US Treasury bonds should return about 2.3% based on current yields, which when combined with the 5.2% US stock return, suggests a 4.3% return on a “balanced” portfolio which I define as 70% stocks/ 30% bonds.  This compares with a historical return on the same mix of about 8.1%. As mentioned, adding some exposure to non-US stocks should increase the expected return moderately, but is unlikely to move the needle enough to change the basic conclusion which is the gap between historical and expected future returns has major implications for the required level of savings to achieve financial goals, the funding of retirement plans, and the sustainable spending rate of endowments.

This analysis offers lots of opportunities to be off the mark because of the large number of assumptions and the fact that many of the variables have fluctuated considerably over time. Two of the variables are particularly important because they are so difficult to forecast accurately.  First, as discussed, were profit margins to return to the 10% peak, stocks might return 8% or so which is within shouting distance of the historical return of 9%.  At the other extreme, returns would be in the range of 2% should margins regress to the historical level of 6%.  Since no one knows exactly why margins have surged since 2000, either outcome is possible. The other major unknown is the Price/Earnings ratio.  Once again, a ratio that is considerably short of the peak reached in 2000 would result in stock returns of between 8 and 9%, whereas a decrease in the ratio to the long term average would yield stock returns of about 2%. And, the firm that forecasts stock returns of -1% assumes that both margins and P/E’s regress to the mean.  A final point is that fairly heroic assumptions regarding growth, margins or P/E ratios are required to get to the 9% historical return much less the double digit returns that we enjoyed in the 1980’s and 90’s.

While this paper has a negative tone, the intent was not to promote doom and gloom but to foster realistic expectations and motivate investors to think carefully about their saving and spending rates.  Specifically, individuals saving for college educations, retirement, and other personal financial goals should maximize their savings rate.  Institutions that have flexibility in the amount of their annual contribution to the operating budget should be evaluating spending rates in the 3-4% range rather than the traditional 5% level.   Additionally, to the extent that stocks and bonds don’t seem likely to generate strong returns, one should think expansively about asset allocation and search for uncorrelated investment strategies and niche investments that offer better potential without overreaching for return.  For this reason, we have emphasized where possible private equity and real estate which offer the potential for higher returns than marketable securities and most of our portfolios also contain strategies whose return is largely independent of the stock market. We stand ready to discuss these important topics at your convenience. 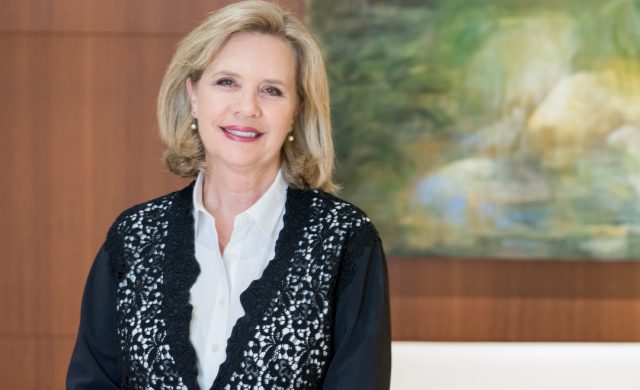 Investing in Private Equity
Did you know?As of 2018, twelve states and the District of Columbia impose an estate tax while six states have an inheritance tax. Maryland is the only state in the country to impose both.